Mike Murphy leads the government and intergovernmental relations efforts on behalf of SMPA, Inc. His 40-plus years of experience bring a vast amount of federal, state, regional and local government relations expertise that benefit SMPA’s clients. 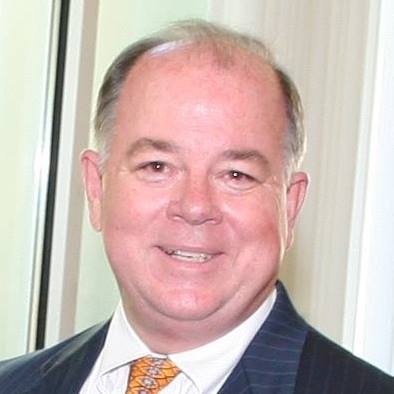 Prior to joining SMPA, Mike recently retired from the City of Santa Clarita where he led the City’s Intergovernmental Relations efforts for almost two decades. In this capacity, Mike racked up numerous successes including working to secure over $78 million in federal transportation appropriations, the defeat of a landfill project that threatened a critical wildlife corridor and the integrity of the Angeles National Forest, enactment of and legislation related to transportation, environmental protection, water resource management and retention of municipal authority, and building numerous coalitions to successfully support federal and state legislation, just to name a few.

Murphy served as project manager for the City’s successful opposition effort to a proposed 56 million-ton sand and gravel mine. He was able to help secure congressional approval of appropriations language preventing re-issuance of prior federal mining contracts and efforts that ultimately lead to the cancellation of mining contracts by the U.S. Department of the Interior.

Murphy also led the City’s efforts to obtain enactment into law of landmark state legislation to prohibit use of self-regenerating water softeners within the Santa Clarita Valley in an effort toward achieving local compliance with Regional Water Quality Control Board chloride mandates. In addition, he helped the City secure $20 million in congressionally directed spending for road arterial connecting Interstate 5 and State Route 14; the Cross-Valley Connector and also led the City’s American Recovery and Reinvestment Act funding effort, resulting in the award of over $21 million in formula based and competitive grant allocations.

Murphy has deep roots in Ventura County, having served as Chairman of the Simi Valley Unified School District’s Facilities Committee charged with identifying pupil growth trends and facility needs.   Mike is a Past President of the Simi Valley Unified School District’s Special Education Advisory Committee; working with district staff, parents and stakeholders to identify needs and opportunities for enhancing educational opportunities for special needs students. He served as Board President (2006) and Member of Board of Directors (2002-2010) of Ride-On Therapeutic Horsemanship, which provides equine therapy lessons to disabled children and adults. Ride-On has locations in Chatsworth and Thousand Oaks.